This summer my only major (I thought was going to be minor) project was painting a mural on a friend of mine's wall. 12"x16" turned into 48"x30".  The first four hours consisted of trying to drawl a seemingly  straight knot on an extremely uneven wall. Another challenge was that the guy I was painting for had made five holes in the wall and patched them with stark white putty, but of corse not owning any of the impossible to match wall color. Thus, adding an even greater challenge to cover the holes....  Somehow, it worked out, somehow it was straight, and somehow it looked good. 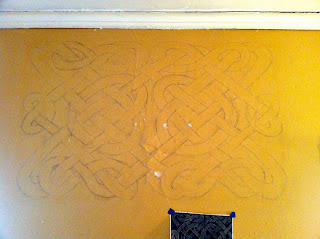 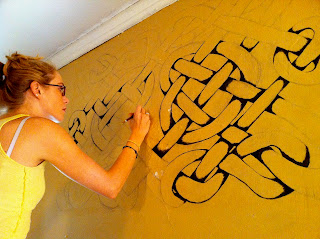 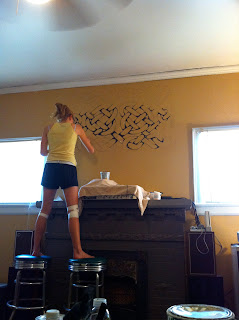 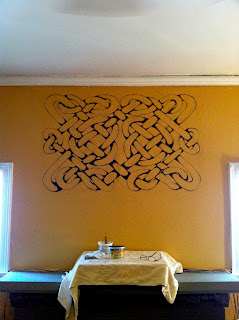 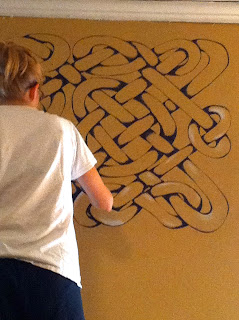 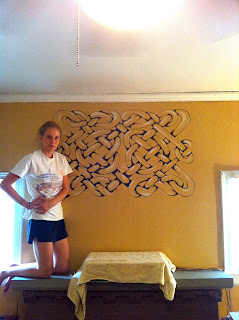 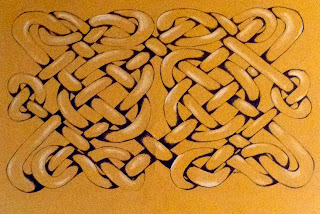